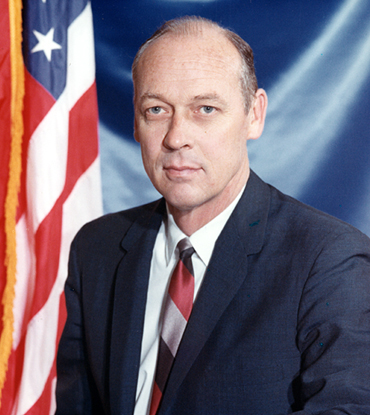 Rufus Wayne Youngblood Jr. was the United States Secret Service (USSS) agent known for his actions while protecting Vice President Lyndon B. Johnson during the assassination of President John F. Kennedy. During his twenty-year tenure, 1951-1971, in the USSS, he served Presidents Truman, Eisenhower, Kennedy, Johnson, and Nixon.

Youngblood was born in Macon, Georgia, on January 13, 1924. When he was fifteen months old, his father, a train conductor, was killed in an accident in which he heroically prevented a train collision. Youngblood’s mother and sister relocated to Atlanta, Georgia, to live with family, while he remained in Macon fostered by the Hiram C. Bond family.

During grade school, he reunited with his mother and sister in the West End area of Atlanta where he met Peggy Elizabeth Denham. She would become his high-school sweetheart and, later, his wife.

He became a waist gunner in the Eighth Air Force and flew combat missions during the early European air campaign. He earned an Air Medal and Purple Heart during his tour of duty. His crew, whose plane often flew next to the Memphis Belle during missions, was selected as the 91st Bomb Group's first crew to return to the US to consult with the War Department and participate in a promotional tour across the country.

In July 1943, he married Peggy, then completed Cadet Training as a 2nd Lt. Navigator. He was dual training as an engineer-navigator in B-29s when the war ended.

The couple returned to Atlanta where he obtained an industrial engineering degree from Georgia Tech. After briefly working as a consulting engineer, he joined the USSS in March 1951, four months after the assassination attempt on President Harry S. Truman. Initially, he worked in the Atlanta Field Office, but in 1952, he transferred to Washington, DC, where he began his career in presidential protective duty. He served President Truman during his last few months in office and President Eisenhower during his two terms.

Youngblood was briefly assigned to President Kennedy's protective detail, but then became the Assistant Special Agent in Charge of Vice President Johnson's detail traveling with him on multiple foreign and domestic trips—often with only a few other agents. 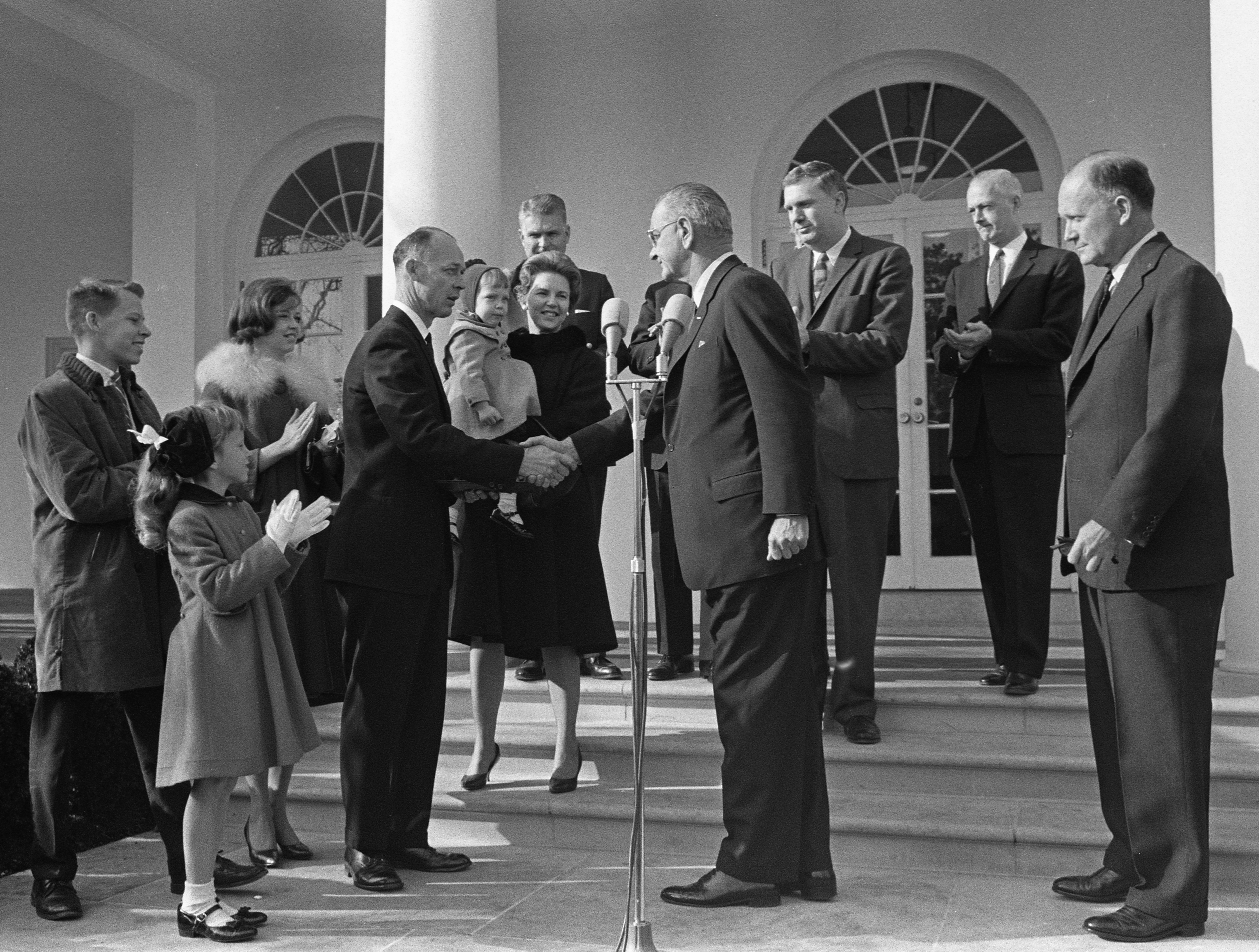 Youngblood had just been promoted to Special Agent in Charge of this detail before the trip to Dallas, Texas, where the tragic assassination of President Kennedy occurred. Lauded as a hero for quickly vaulting over his seat to use his body to shield Vice President Johnson, Youngblood considered the media attention overstated. He contended that he was "just doing his job" and that the other agents would’ve done the same had they been in his position.

Upon President Johnson's recommendation, Youngblood was awarded the US Treasury Department's Exceptional Service Award for his "heroic actions" during the assassination. Agent Clint Hill, who bravely leapt onto President Kennedy’s limousine while shots were being fired, was also honored with one of these awards.

In 1965, Youngblood was promoted to the head of the White House Detail, then in 1969 to deputy director of the Secret Service. He continued working in this capacity during President Richard M. Nixon's first two years of presidency, then retired in 1971.

In December 1973, Youngblood published his memoir, "20 Years in the Secret Service: My Life with Five Presidents". He then returned to Georgia with his family where he briefly resumed protective work as head of Atlanta's security detail during Jimmy Carter's 1976 presidential campaign. He later became a real estate agent in Savannah and a master gardener. He enjoyed spending time with Peggy and his growing family of four children, their spouses, and eight grandchildren. He died in 1996 at the age of seventy-two from complications of lung cancer.